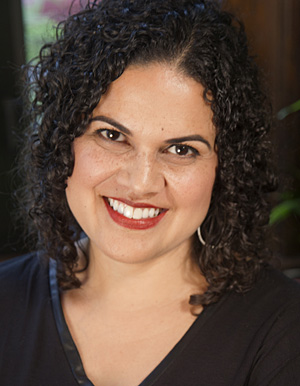 As a journalist, Gillian worked for a variety of media outlets, including The Associated Press, The Oregonian, The Virginian-Pilot, Washington Business Journal and Dayton Daily News. Gillian covered everything from religion and retail to immigration and family violence, and loved it. Her work has been recognized by the Casey Journalism Center on Children and Families, the Society for Professional Journalists and the Education Writers Association.

In the middle of her journalism career, Gillian joined the Peace Corps in Ecuador, satisfying a long desire to live and do purposeful work in an under-resourced country. She served as a rural public health educator in a dry, mountainous Afro-Latino community, where she focused on women’s and girls’ health. After a few more newspaper gigs, Gillian hung up her press credentials to work in communications for mission-driven organizations.

In 2013, Gillian started Mallett Avenue Media, which is named for the street where she lived as a little girl in Kingston, Jamaica, before her family immigrated to the United States. Her earliest memories were formed in Jamaica — a place she keeps returning to in her own story.

We each have our own narrative that shapes who we are, inspires who we want to be, and influences the kind of impact we want to make on the world. Organizations operate with similar narratives. Gillian’s goal with Mallett Avenue Media is to use creative communications to help a diversity of places tell their story, fuel advocacy, improve public policies and, ultimately, empower people and communities. She is particularly drawn to crafting and promoting content about people who are invisible to most, while giving readers a window into the world in which her clients work and spotlighting a human predicament or an issue audiences may have never before considered. She dives into every project with a sense of discovery, a genuine desire to understand the topic she’s communicating and a creative spirit for how best to deliver an organization’s message to the world.